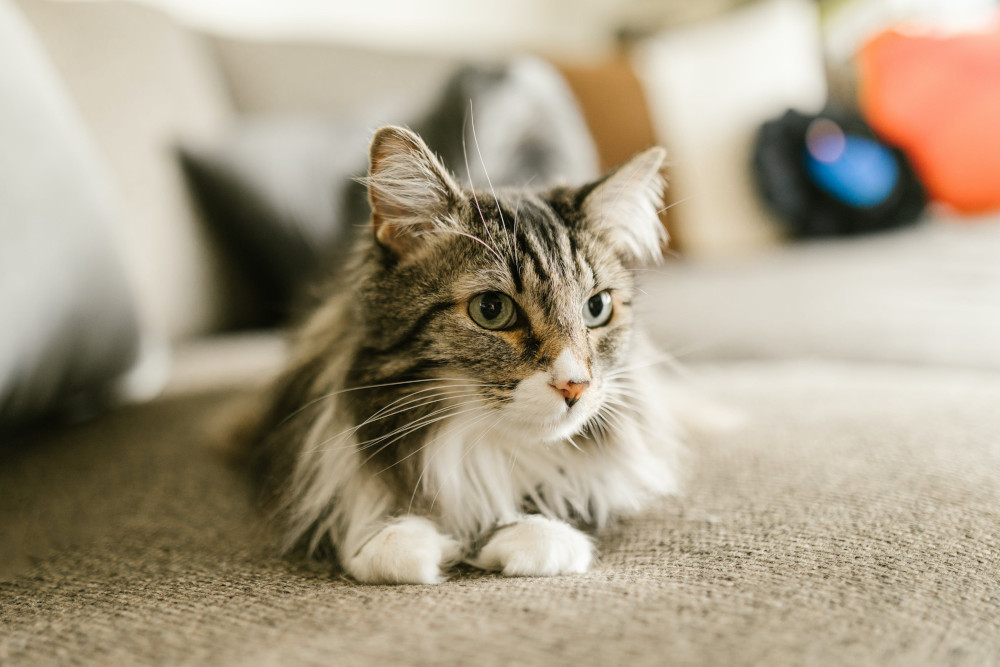 Diseases of the urinary tract can cause inappropriate urination, including bladder stones, bacterial infections, and other inflammatory conditions that can cause pain and increased urgency to urinate. Kidney and liver disease can cause cats to drink more and therefore urinate more often. more frequent or urgent urination means cats may not get to their litter tray in time or the litter tray may become dirty very quickly, which may deter the cat from using it again until the litter tray is changed sand.

Age-related decline in brain function and hormonal disorders such as diabetes can also cause changes in urination habits. A cat’s mobility and sensory function can also affect its urination habits. Medical conditions that affect the nerves, muscles, or joints can cause discomfort, stiffness, or weakness such that a cat may not be able to reach the litter tray or get into the litter tray easily.

If your cat urinates inappropriately, it is very important to schedule your cat with your veterinarian for a complete physical exam and evaluation. it is important to rule out any medical cause of inappropriate urination before addressing any behavioral cause.

**Please note if a cat is having trouble urinating, i.e. the cat is unable to urinate or urinates normally (signs may include straining to urinate without urinating or urinating normally) . , with or without vocalization when urinating) could have a urinary ‘blockage’ – this is a medical emergency. ‘blocked’ urination is generally a problem associated more with male cats and can be fatal. See your vet right away if you suspect your cat might be blocked.

There are many behavioral reasons why cats may begin to urinate inappropriately. frustration, stress, or anxiety can sometimes cause a cat to change its urination habits. Any change in your routine, such as a new person in the home or a move, can cause changes in urination. They may also “mark” spots around the house with their urine as a way of marking their territory. Territorial “marking” can be considered part of normal behavior and can be triggered by the presence or scent of another cat. however, some cats will also “mark” their surroundings in response to stress or anxiety.

Cats can also change their urination patterns if they have problems with their litter tray. They may not like the type of litter tray, the material of the litter, or where the litter tray is located, or they may be put off if the tray has already been used but not yet cleaned. Some suggestions that can help with the behavioral causes of inappropriate urination are listed below:

marking allows a cat to surround itself with its own familiar scents. When cats “mark” territory, they usually back up to a vertical surface, raise their tail, stomp with their hind legs, the tail may quiver, and a small stream of urine is directed backwards. marking usually involves urinating on vertical surfaces, but can also involve urinating on horizontal surfaces. Although unneutered male cats are the most likely to “mark” with urine, marking has also been seen in neutered males and females. if another cat has placed its own scents in the area, cleaning up any areas the other cat has ventured into and cleaning up any material touched by the other cat (when possible) can help prevent your cat from feeling the urge to mark. make sure any cleaner is safe to use around cats.