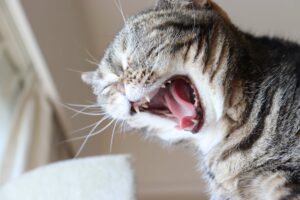 Ah, the cat sneeze – it may be one of the cutest sounds you’ll ever hear, but is it ever a cause for concern? Just like their humans, cats can catch colds and suffer from upper respiratory and sinus infections. However, there are other conditions that can also lead to those cute little sneezes.

why does my cat sneeze?

Cats can sneeze for a variety of reasons, including:

why do cats sneeze? is there a pattern? 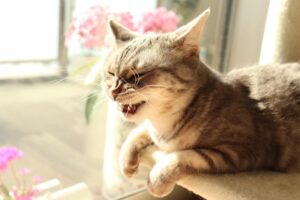 There’s probably no reason to worry about the occasional sneeze here and there – it may just be something in the air irritating her nasal passage. If it’s more than just occasional, look for patterns: Does it happen around the same time of day? Does it only happen in a certain room or during family activities? Looking for patterns can help determine if your cat is sneezing due to an irritant, such as dust or perfume, or if it’s caused by an infection or other underlying condition.

If you notice your cat sneezing more when you clean the bathroom, or after going to the bathroom in her own bathroom, she could be having a reaction to a chemical in the cleaning products or dust in the litter.

On the other hand, if your cat sneezes a lot and you’ve noticed discharge from the nose or eyes along with a lack of energy and loss of appetite, then it may be something to worry about. sneezing accompanied by other symptoms could be a sign that your cat has an upper respiratory infection or other underlying condition that may require veterinary attention.

when to go to the vet 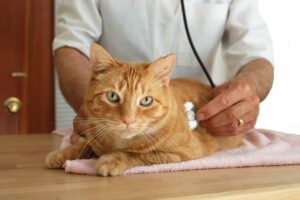 If your cat is only sneezing on occasion with either no other symptoms or very mild symptoms, you may be able to wait a day or two and simply monitor her for any changes. Kittens, on the other hand, should always be seen by a veterinarian when suffering from these types of symptoms.

If sneezing persists or is accompanied by other symptoms, a visit to the vet is most likely in order for proper diagnosis and treatment. this is especially important if your cat has stopped eating. Loss of appetite is a very common symptom of upper respiratory conditions in cats due to loss of smell and/or taste, as well as the inability to breathe through the nose. Some conditions can also cause difficulty swallowing.

Unlike the human body which can go weeks or even months without eating, a cat’s body goes into starvation mode after only 2-3 days. this can result in a serious and potentially fatal condition called hepatic lipidosis (or fatty liver disease). In these cases, intravenous fluids and additional nutritional support are often needed for immediate treatment, followed by necessary prescriptions such as antibiotics, anti-nausea medications, and appetite stimulants.

causes of sneezing in cats

Read more: Warm Hands: 9 Causes and When to See a Doctor 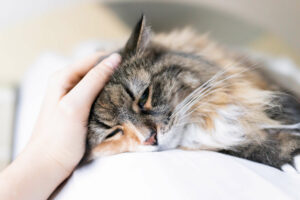 These types of infections can last between 7 and 21 days, with an average duration of 7 to 10 days for uncomplicated cases.

Common symptoms of upper respiratory infection in cats include:

Cats most at risk of developing urine include kittens and older cats, as well as unvaccinated and immunosuppressed cats. Since many of the viruses that cause these infections are highly contagious, those kept in groups such as shelters and multi-cat households are also vulnerable, especially if they are not vaccinated.

Treatment of upper respiratory tract infections depends on severity. in cases with generally mild symptoms, the urine may resolve on its own after a couple of weeks. in other cases, additional treatment may be necessary, such as:

Severe cases may require hospitalization for more intensive treatment, such as intravenous fluids and nutritional support. If left untreated, upper respiratory infections can lead to other serious complications, including pneumonia, chronic breathing problems, and even blindness.

If you suspect your cat has an upper respiratory infection, here are some immediate steps you can take to offer some relief: 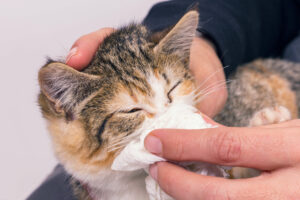 Cats can also suffer from inflammatory conditions like rhinitis and sinusitis. Rhinitis is the inflammation of the mucous membranes of the nose, which we all know as a “stuffy nose”, and sinusitis is inflammation in the lining of the sinuses.

These two conditions often occur together in cats, referred to as “rhinosinusitis,” and are common complications of upper respiratory infections.

In addition to frequent sneezing, signs of rhinitis and sinusitis in cats include:

The diagnosis of rhinitis and sinusitis involves an evaluation of your cat’s medical history, along with a complete physical examination. A rhinoscopy, which involves inserting a small endoscope into the nose or mouth for better visualization of the nasal structure, along with a nasal wash to collect samples, may also be needed.

Treatment may include a nasal rinse and broad-spectrum antibiotics to treat or prevent bacterial infections, along with a dose of steroids to open up the nasal and sinus cavities. In severe cases, intravenous fluids and nutritional support may also be needed. 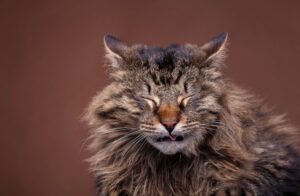 Frequent and recurring sneezing in cats can also be due to chronic respiratory conditions. Chronic rhinitis is the most common and is usually the result of permanent damage to the immune system and nasal passages.

Symptoms of chronic upper respiratory diseases in cats are similar to upper respiratory infections and inflammation, but persist for weeks or months or at intervals of a few weeks. Conditions such as chronic rhinitis can also cause recurrent bacterial infections, which can worsen symptoms.

These symptoms may include:

Cats that have already recovered from severe acute viral infections, such as feline calicivirus and feline herpesvirus, are more susceptible to chronic upper respiratory tract conditions, with symptoms that persist continuously or intermittently. they are also more likely to experience reactivation of the virus due to stress, illness, or immunosuppression.

With chronic conditions, more research is needed to determine underlying causes, including:

Unfortunately, there are no cures for chronic upper respiratory conditions in cats, so treatment generally consists of managing symptoms with veterinary care and frequent medications.

Unlike in humans, allergies are not a common cause of sneezing in cats. Instead, symptoms usually appear in the form of skin irritations, such as lesions, itchiness and hair loss. However, some cats can suffer from other symptoms, such as itchy and watery eyes along with coughing, sneezing and wheezing – particularly in cats with asthma.

Unfortunately, there are no cures for allergies in cats. however, symptoms can be managed with a specialized treatment plan developed by your primary care veterinarian or veterinary dermatology specialist. this may include personalized vaccinations and other medications, along with a special diet.

Certain vaccines, such as those used to prevent upper respiratory infections, can also cause sneezing in cats. however, symptoms usually resolve on their own within a few days.

fight the cold before it happens 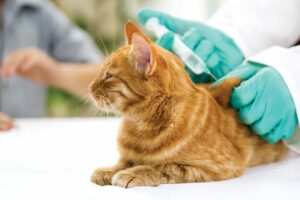 Of course, prevention is always better than treatment. By taking a few extra steps, you may be able to keep your cat healthy and prevent sneezing for life.