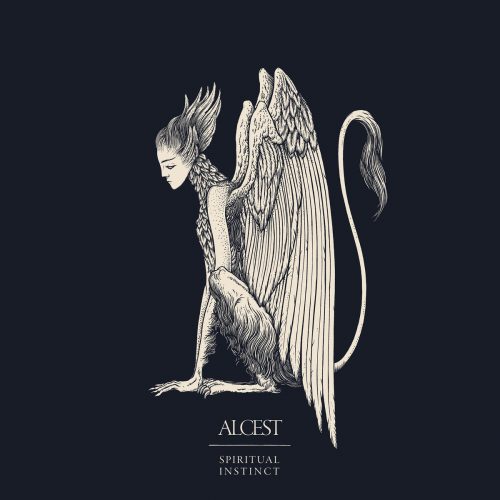 In the first minute of “Les Jardins De Minuit”, the opener of Alcest‘s sixth LP Spiritual Instinct, there is a point where the stylish cohesion of the French duo Shoegaze is expressed, black metal and pop elements reach a climax. A digging, twisting bassline, timid, fluttering tremolos and ethereal vocal harmonies all soaring into an impressive, atmospheric black metal melody. It’s a moving moment that’s honestly emotional but eschews kitsch and banal melodrama. Instead, it feels earned and lived. During their career as Alcest, French multi-instrumentalist Neige and French drummer Winterhalter, aided by gradual shifts in style, have cultivated a deep sense of beauty and unfiltered emotion. An exploration of sonic poetry in the vein of The Lake Poets, unmistakably imbued with romantic pain, longing and an expression of beauty and infatuation with a world so deep it hurts. Looking back on her work to date, Spiritual Instinct appears as one of the purest manifestations of this quest.

Compared to 2016’s wonderful Kodama, Spiritual Instinct is an album embalmed in lighter tones and motifs, charmingly upbeat against Neige’s often dour themes. Where Kodama was overwhelmingly sad and shrouded in hazy overtones, here Alcest take a more direct musical approach from the start. On the aforementioned “Les Jardins De Minuit” scattered vocals, dotting blastbeats and sharp tremolos mingle with clean and growled vocals – reminiscent in many ways of the band’s early albums – before a pause and spine-tingling leads through an instrumental lead, slightly progressive part. “The night falls like a /hanging tapestry/and I hear/roar within/and I fight/and fight/the shadows/pierce us/like arrows,” sings Neige (in French) to “protection,” but despite the heaviness In other words, the emotion they radiate is neither sadness nor surrender. Accompanied by an energetic, unusually dynamic rhythmic background, the emphasis of the lyrics and the intonation of the performance shift, peeling layers of meaning and opening them to the world.

Over the course of the six lengthy but never overwrought songs, this keeps Duo bring this no-nonsense approach to songwriting and baroque playing, which is often a synthesis of various elements from Alcest‘s discography. This includes the more aggressive overtones of Black Metal that they had temporarily forgotten but are now woven around a delicate structure. A musical construct that has more to do with avant-pop than anything else. But where “Sapphire” is often crunchy and groovy and “L’Île Des Morts” quickly descends into a rocking and fluid affair, it’s the two closing cuts that stand out. On “Le Miroir,” a balladesque lament, electric guitars in solitude intonate lengthened licks until they are gradually submerged in layers of instruments—distorted and distorting electronic effects, meandering voices, and light drum shuffles—that create a distinctly textural , disembodied impression. 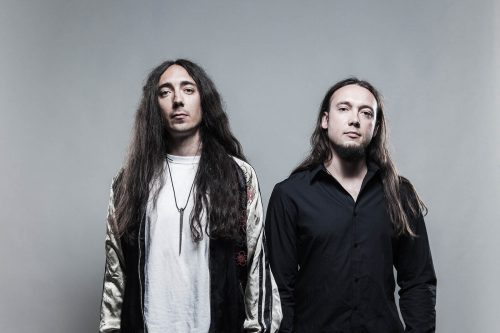 From the right perspective, somewhere between nostalgia and hope, the title track “Spiritual Instinct” seems to live in a world of its own, apart from the rest of the album. As the music turns to ritualistic and melancholic patterns, it becomes a counterpoint to the previous material. It leaves us with a sense of ambiguity, of a dream within a dream, where occasional glints of anthemic, impassioned singing try to wake us or lull us into an even deeper sleep. The warm and soft blanket of production then lets the music flow around us, underscoring our immersion in Neige’s sonic narratives and offering comfort.

Reviewing Kodama, I wrote: “this is music between worlds, between the material and the immaterial, but ultimately a part of its own universe” and “a clear step forward for Neige and his vision”. Spiritual Instinct is no different, as it represents another snapshot of Neige’s ever-evolving artistic vision. It’s a piece of music that is both a testament to Alcest‘s artistic integrity and an excellent new entry in an oeuvre unique in the genre. While Alcest pushed an entire style, the various blackgaze imitators didn’t understand that it was all about Psyche and not Soma, the Alcest so remarkable. Inimitable.