as ramadan draws to a close and eid al-fitr approaches, muslims around the world will start handing out eid mubarak wishes to friends and family. eid mubarak is a traditional greeting used in the muslim religion during times of holy holidays such as eid al-fitr and eid al-adha. it is a term of celebration that is exchanged between communities as a sign of respect and recognition. The following information will help you understand the meaning of Eid Mubarak, when to use it, and how to use the correct pronunciation of Eid Mubarak.

what does eid mubarak mean

meaning of eid mubarak is used as a traditional way of greeting someone or offering celebrations in the muslim community during eid. Although it has been considered as a religious obligation in the past, the meaning of Eid Mubarak is used more as a cultural tradition in today’s society.

is eid mubarak said all over the world?

while eid mubarak is more widely used by muslim arabs, it is becoming more widespread among anyone who celebrates eid festivals.

this includes people from all over the world participating in eid al-fitr and eid al-adha. Eid Mubarak wishes are openly given and are a great way to show support for Muslim culture.

can you say eid mubarak to non-muslims?

The underlying meaning of Eid Mubarak is a positive, celebratory one that can be extended to people of all cultures.

many muslims will say eid mubarak to people in their community regardless of their religion. on the contrary, if non-Muslims wish Muslims eid mubarak, it is almost always received with joy. Just try to use it during appropriate times like during Eid celebrations. acknowledging others’ culture is a great way to show kindness and respect.

how to wear eid mubarak

since the meaning of eid mubarak means “blessed holiday”, you can use it to wish others a happy eid. it can be said as a greeting or just in passing. 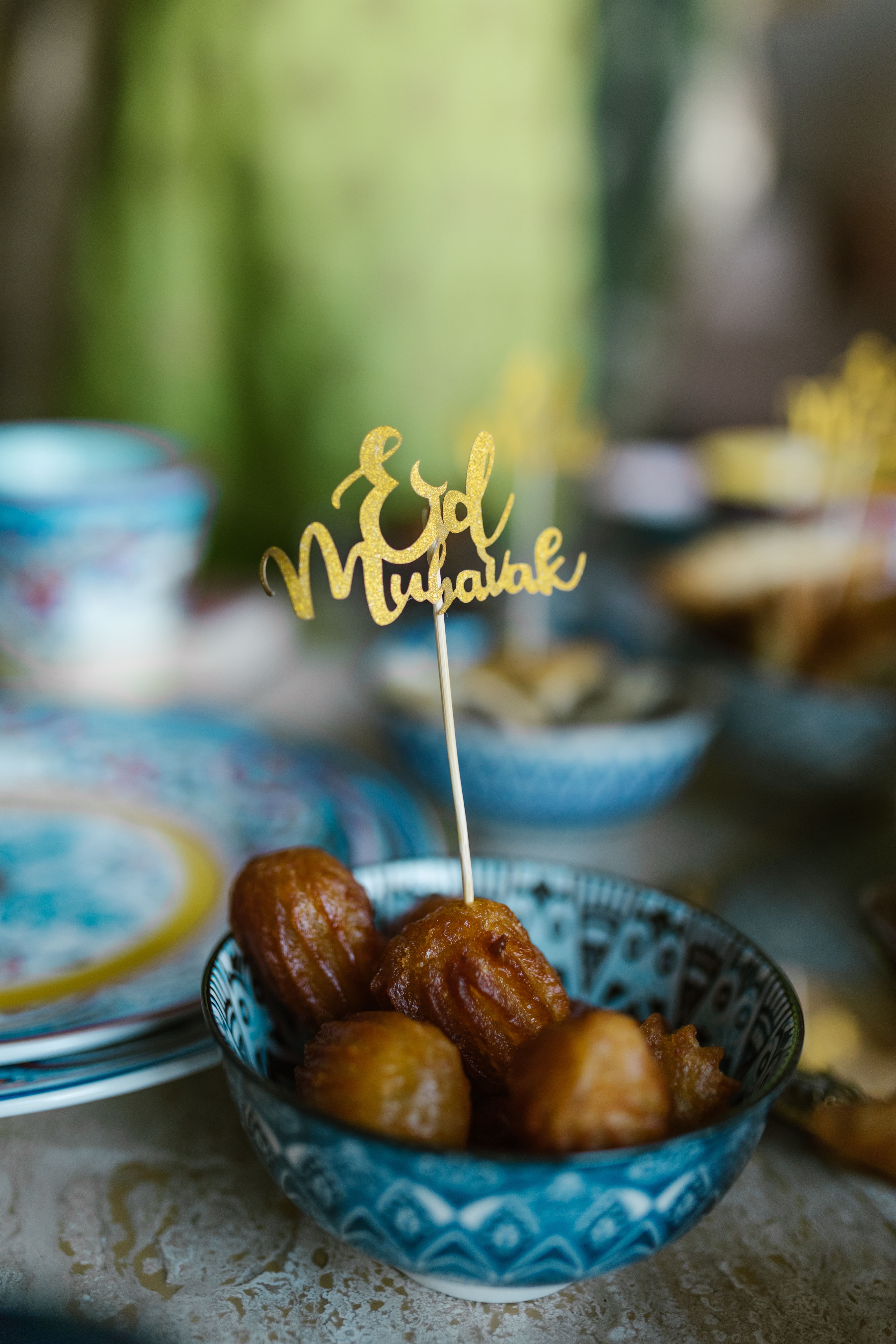 what is eid al-fitr?

eid al-fitr is an important day in the islamic calendar. marks the end of ramadan and celebrates the conclusion of the fasting period. During Eid al-Fitr, Muslims spend time with loved ones, share meals, and even exchange gifts. It is one of the festivals with the greatest religious significance in the Muslim community. Since Eid Mubarak is a way of saying “blessed holiday” or “blessed holiday”, it is often used during the Eid al-Fitr celebration. The exact date of Eid al-Fitr is calculated by the sighting of the moon, but this year, Ramadan is estimated to end on Monday, May 2, 2022. This is when the Eid al-Fitr celebrations will begin. This festival usually lasts for three days.

how to pronounce eid mubarak

In order to participate in the Eid al-Fitr celebrations, it is important to learn the correct pronunciation of Eid Mubarak. eid is pronounced “eed”, as in the word “to feed”. mubarak is pronounced “mu-ba-rack” with special emphasis on “-barack”. try to practice saying out loud several times, “eed mu-ba-rack.” When you convey these wishes, don’t be afraid to ask for feedback on your Eid Mubarak pronunciation.

when to wear eid mubarak

Read more: What is the fomc and what does it do

eid mubarak is said during the eid al-fitr and eid al-adha celebrations. you can use it as a greeting when interacting with people from the Muslim community. It is most commonly exchanged on the last day of Ramadan. Newer generations have also started saying it at midnight on Eid day, similar to how people wish each other a happy new year.

different eid mubarak wishes to give

eid mubarak wishes usually come in one of three main ways. In the Middle East, many people exchange the Arabic greetings of “Eid Saeed” or “Kul ‘Aam wa Antum Bi’khair” in addition to the traditional Eid Mubarak wishes. these translate to “happy celebration” and “may I find you well and in good health each year”, respectively. however, different Muslim communities around the world have adapted traditional wishes based on their unique culture and language. Depending on the country you are in, you may hear variations of the phrase with the same Eid Mubarak meaning being interchanged. these differences are due to language variations. some of these include the following:

Albanian: In Albania, members of the Muslim community exchange “gezuar bajramin” for Eid Mubarak. This greeting is also commonly heard between the two other Muslim countries in Europe, Bosnia-Herzegovina and Kosovo, a nation independent of Serbia.

Ghanaian: About 20% of the population of Ghana is Muslim. here, they celebrate with the words “ni ti yuun’ palli” as a way of wishing each other a happy eid season. “barka da sallah” is also used in northern ghana where the language is hausa.

Chinese : There are about 28 million Muslims living in all of China. During Eid festivals, they offer the “Kai Zhai Jie Kuai Le” greeting as an alternative to traditional Eid Mubarak wishes. this translates to “happy festival”.

Kurdish: As one of the most common languages ​​spoken in the Middle East, Kurdish Eid greetings are often used in Iraq and Iran. here, they use the phrase “jazhnt piroz”, which translates directly to “happy eid”.

Russian: Russia is another country that 20 million Muslims call home. During the celebrations, it is common to hear friends, family, and community members exchanging “id mubarak” greetings, which similarly translates as “blessed/happy festivals.”

Spanish : Muslims living in Latin American countries or in Spain can exchange the greeting ” feliz eid”, which translates to “happy eid”. Others prefer to use traditional Eid Mubarak wishes during the celebrations.

The underlying meaning of Eid Mubarak is the same in different cultures. however, slight variations in how you wish someone happy eid may depend on their language. You can use the above eid mubarak wishes when you are in the respective countries. If you are worried about the pronunciation, the traditional Eid Mubarak phrase is still welcome. Muslims from different cultures and countries recognize this greeting and will gladly receive your wishes. 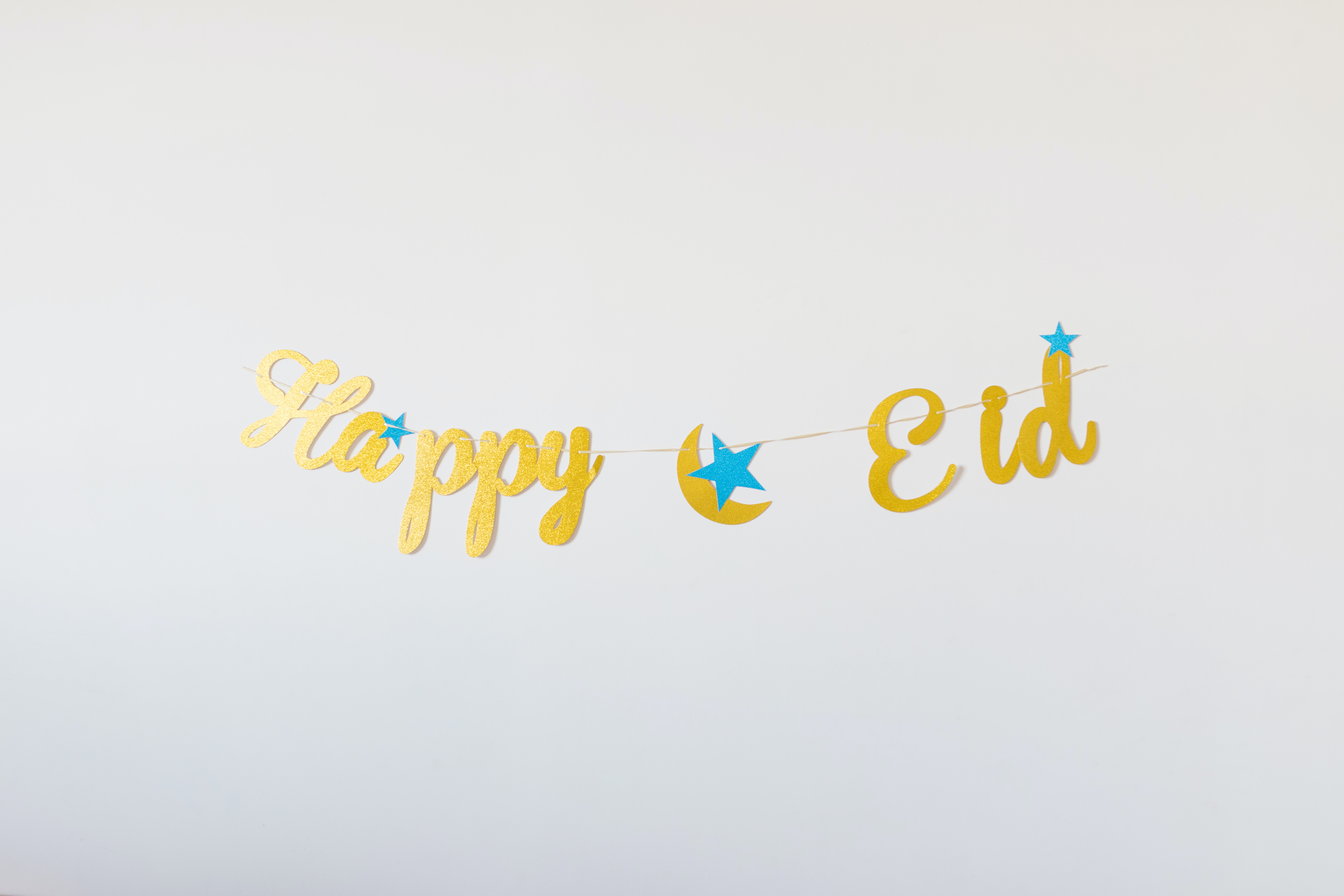 how to respond to eid mubarak?

during muslim celebrations, it is polite to know how to respond to eid mubarak. as it is a sign of respect, you can reply to eid mubarak with “khair mubarak”. this corresponds to the goodwill wishes of the person who greeted you. alternatively, you can reply to eid mubarak with “jazakallah khair”. While this is often used as a way of saying “thank you”, its direct translation is “may Allah reward you with kindness”. any of these answers will be graciously accepted by members of the Muslim community.

Regardless of whether you are a practicing Muslim or not, recognizing this religious holiday with Eid Mubarak wishes is a great way to encourage inclusion within your community. To help you master the pronunciation of this Arabic greeting and celebration phrases in other cultures, Tandem’s language exchange app can help you. we bring together millions of students to form a community where native languages ​​can be exchanged, taught and understood. If you’re looking to practice languages ​​with a like-minded native speaker, sign up for Tandem today.